by The Quiet Club 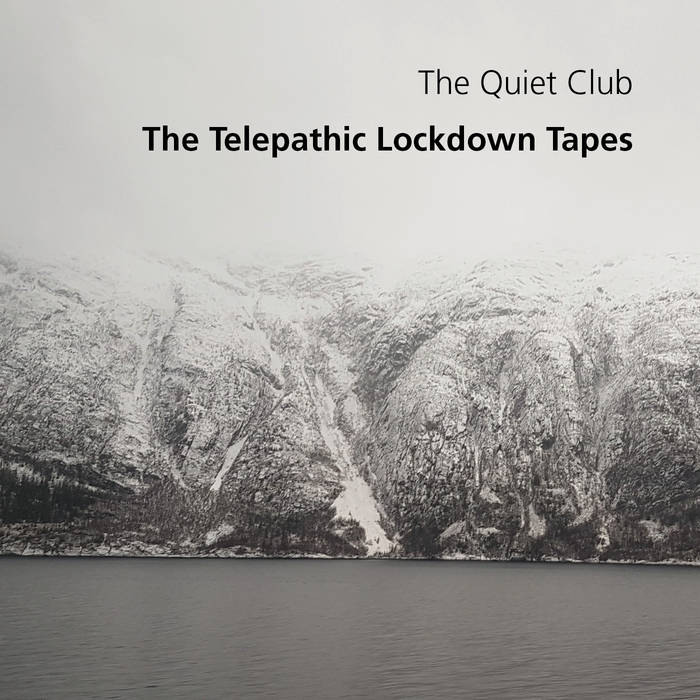 ...it is fascinating how light both performers’ touches are. It would be easy to imagine a situation in which this work becomes a constant stream of sounds as each, performing by themselves, fill in imagined gaps. But yet both performers’ stream of consciousness occasionally share moments of stillness that can be really quite beautiful.

Have you one hundred and sixty minutes of listening time available for The Quiet Club?

That's good. This release is just for you.

Here then, Eight tracks presented to you via the audio magic of cassette tape and digital download uncanniness:


Four from the cassette tape, Four more included with the download as bonus tracks at your pleasant convenience.


The Telepathic Lockdown Tapes by The Quiet Club

Listening is and always has been at the core of The Quiet Club’s (Danny McCarthy & Mick O’Shea) work, combined with their policy of not discussing the work before or after it's performance has been the hallmark of their practice. Unable to listen to each other perform during the Covid-19 lockdowns the duo resorted to Telepathic Listening. Uninterested in Zoom, Facetime etc. the duo decided to each perform in their own separate studio’s 20km apart at a given time on appointed days for 20 minutes at a time. Nine tapes were recorded between 4th and 29th June 2020 using reference points including Joyce and Cage. Some of this material became an installation in Lismore Castle and Tape 9 was released on Café Oto's TakuRoku label during December 2020.

Now Farpoint recordings are releasing The Telepathic Lockdown Tapes 1 to 8 on cassette tape and digital download...

About The Quiet Club:
The Quiet Club is Mick O’Shea and Danny McCarthy. Formed in 2006, the ensemble has met with considerable success and has become recognised as one of Ireland’s leading sound art improvisation groups. The Quiet Club continues to push the boundaries of sound making and listening by employing a wide range of sound-making devices, ranging from stones, homemade instruments, electronics, amplified textures, theremins and field recordings.