Get fresh music recommendations delivered to your inbox every Friday.
We've updated our Terms of Use. You can review the changes here.

The Sound We Are Now 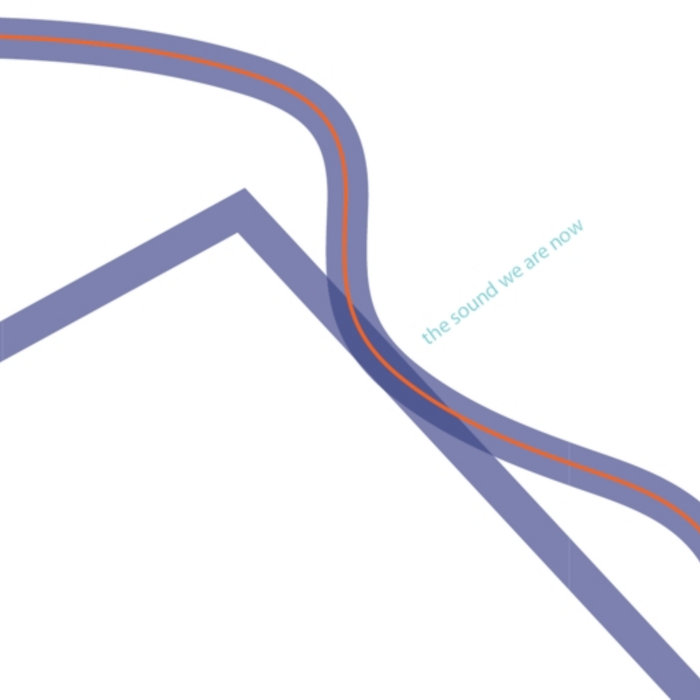 "Sound can move from being a specific composed entity to sound as the aurally perceivable part of a much longer conceptual continuum. Work may use one specific space only as a creative unit. It may be performable anywhere appropriate. It can technically combine several sites as a single simultaneous event. Whatever the approach, creative sound is becoming a continuum rather than a fixed unit. Sound does come in waves."

23 track sound art compilation CD featuring Irish and International artists. In early 2007, David Stalling and Anthony Kelly asked a number of artists and composers to respond to a simple idea: to send a short track that in some way reflected their creativity at that particular moment. The rest was left open: the track could be a work in progress, an excerpt from a larger piece, a live recording, sound fragment, field recording or composition. The results of the project are to be found on this CD.

David Stalling and Anthony Kelly, who run farpoint recordings in Dublin, invited sound artists and composers to send them short tracks representing some aspect of their current creative activity. The Sound We Are Now is the outcome.

Despite its piecemeal composition and disparate ingredients, this anthology not only holds togetherbut confidently steers the the ear along some pretty obscure audio byways. On two occasions writer Thea Herold can be heard practising Viet-Thai-Chi. Elsewhere sound works are made using sculptural instruments, video editing software, in ear microphones, old cassette tapes, environmental and animal sounds, human voices, electronic processing and even an occasional musical instrument.

Some of the participants are mainly engaged with other acts and come to creative sound as a secondary practice. Some - Grainne Mulvey, Viv Corringham, Roger Doyle, Max Eastley are well established in music. The differences make for an absorbing document wher the play of curiousity and exhilaration of discovery are key factors and even familiar sounds take on a certain freshness from the angle of approach.

A particularily pleasing episode is Fergus Kelly's Fanfare For An Uncommon Man, a pyrothechnic cascade in memory of percussionist and firework enthusiast Paul Burwell, who would surely have been in his element in this mixed company.

The Sound We Are Now is a cd from a small, artist-run label in Dublin, Aphasia Recordings (now Farpoint Recordings). It springs from an interesting idea: label founders David Stalling and Anthony Kelly asked various artists to send in a piece that captured what they were doing at that very moment in time, whether a fragment, a work-in-progress or something just completed.

As you can imagine the resulting CD is a mixed-bag. It is fascinating to hear a piece in development, but any act of creation is a process towards some point of completion, where the artist is satisfied that a work is as good as it can be. Any Heisenbergian observation collapses the future improvments into the current reality. And it takes courage for an artist to allow such an observation. However, most pieces seem to be finished works, or fragments of larger wholes rather than snapshots of the creative process.

The main emphasis falls upon found sounds, and their assemblage into 'contemporary creative sound work'. Some pieces suffer from being detached from the installation that accompanied them, their context being lost, for example Jon Aveyard's Resonator Improv or David Beattie's Shadow 1.

The successful, however, are very successful - thoughful and thought-provoking. Fergus Kelly's 'Fanfare for an Uncommon Man' uses the whizzes, bangs and crashes of fireworks to create a percussive piece that charms and surprises. Danny McCarthy recorded the furniture, objects, surfaces and spirit of a house that had been in his family for generations just before it was sold, with ghostly results. Mysterious vibrations indeed.


Mick O'Shea recorded the Raum der Stille, the Berlin room of silence that was open beside the Brandenburg Gate in 1994, inspired by the meditation room in the UN building in New York. Its muffled sound inspired a comtemplation of peace at the junction of East and West Berlin. Artificial Memory Trace's Sound_Am-I creates a collage of sounds that tickle and pleasure the ear; parrots, flying foxes, insects, birds, fragments of instruments, fragments of conversations, and the cries of a new born baby.

Listening to the whole cd through from track 1 to 23 can be unrewarding with each individual piece becoming diluted by proximity and sequence. But individually there are real pleasures to be enjoyed: Kelly and Stalling's 'Powerhouse 3', Max Eastley's The moon on the lake shines betweens the winds between the pine trees and a long night grows quiet at midnight and Denis McNulty's MDE.

Listening to individual tracks, the spaces created can transport the listener to different enviornments. The 'real world' sounds that these artists gather and horde from their lived experiences are built creatively into architecture for the ear.

Visit soundwearenow.org for more information about the project, incl. biographies and track notes by contributing artists.