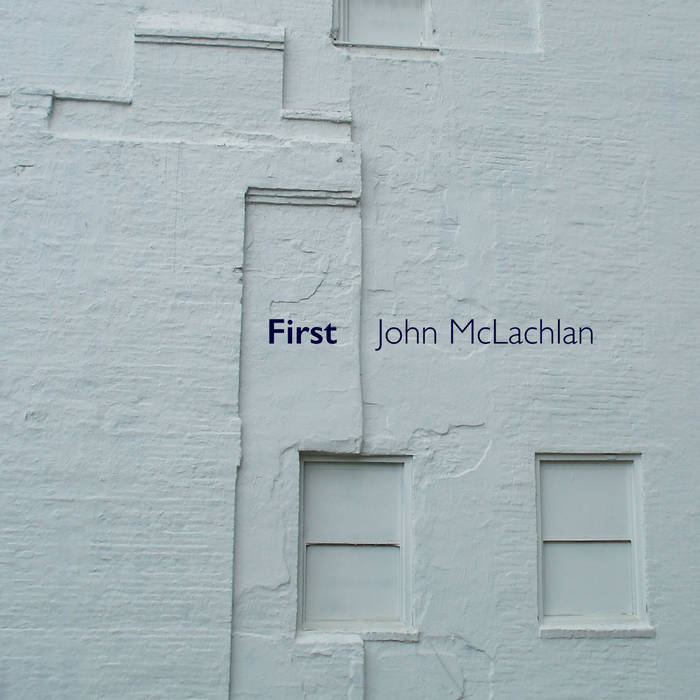 " . . . ruthlessly logical sinews and fastidiously clear textures. A first hearing disclosed some distinctive features, but what really counted was the raw psychological effect."

First, is an album of works by John McLachlan. It is the first album devoted fully to the work of this Dublin-born composer, who has had works commissioned and performed worldwide.

This is the digital download version of this recording, which is also available as a limited edition CD from the Farpoint Recordings shop.

First includes the orchestral piece Incunabula, alongside three chamber pieces for two to five players, with and without fixed media, and two tracks of electroacoustic music, one of which is the quasi-radiophonic Dog Ear, featuring the voice of poet Leland Bardwell, the composer's mother. The last sounds on the last track are from her poem First.

The music on this album features high quality live recordings of pieces written in a ten-year span from 2007 to 2017. These give an insight into stylistic obsessions and developments in McLachlan's work in a key period of his large output.

The earlier works here display a strict style: works laid out in sections, pieces with 2 or 3 sections of dissimilar length and very much opposing textural character, such as chordal against heterophonic. Golden Circle and Incunabula takes this path, with dynamic and vibrant contrasts which confront the listener straight away. Over the years this strict quality melts away, allowing a move from defined texture to something akin to free melody in Diomedea. More freedom is displayed with the collage technique that comes with pieces such as Aurora and Dog Ear, though traces of the abutting sections still remain with abrupt and unapologetic timbral changes.

John McLachlan was born in Dublin and studied music at the Royal Irish Academy of Music, and Trinity College Dublin. He has studied composition withWilliamYork,Robert Hanson, Hormoz Farhat and Kevin Volans. He holds a PhD in musicology from Trinity College Dublin, where he specialised in researching the compositional techniques of Boulez, Xenakis, Lutoslawski and Carter.

John is a member of Aosdána, Ireland’s state-sponsored academy for the creative arts. His music is available from the Contemporary Music Centre www.cmc.ie.  His website is www.johnmclachlan.org

First was produced with the support of Donegal County Council and a bursary from Creative Ireland.